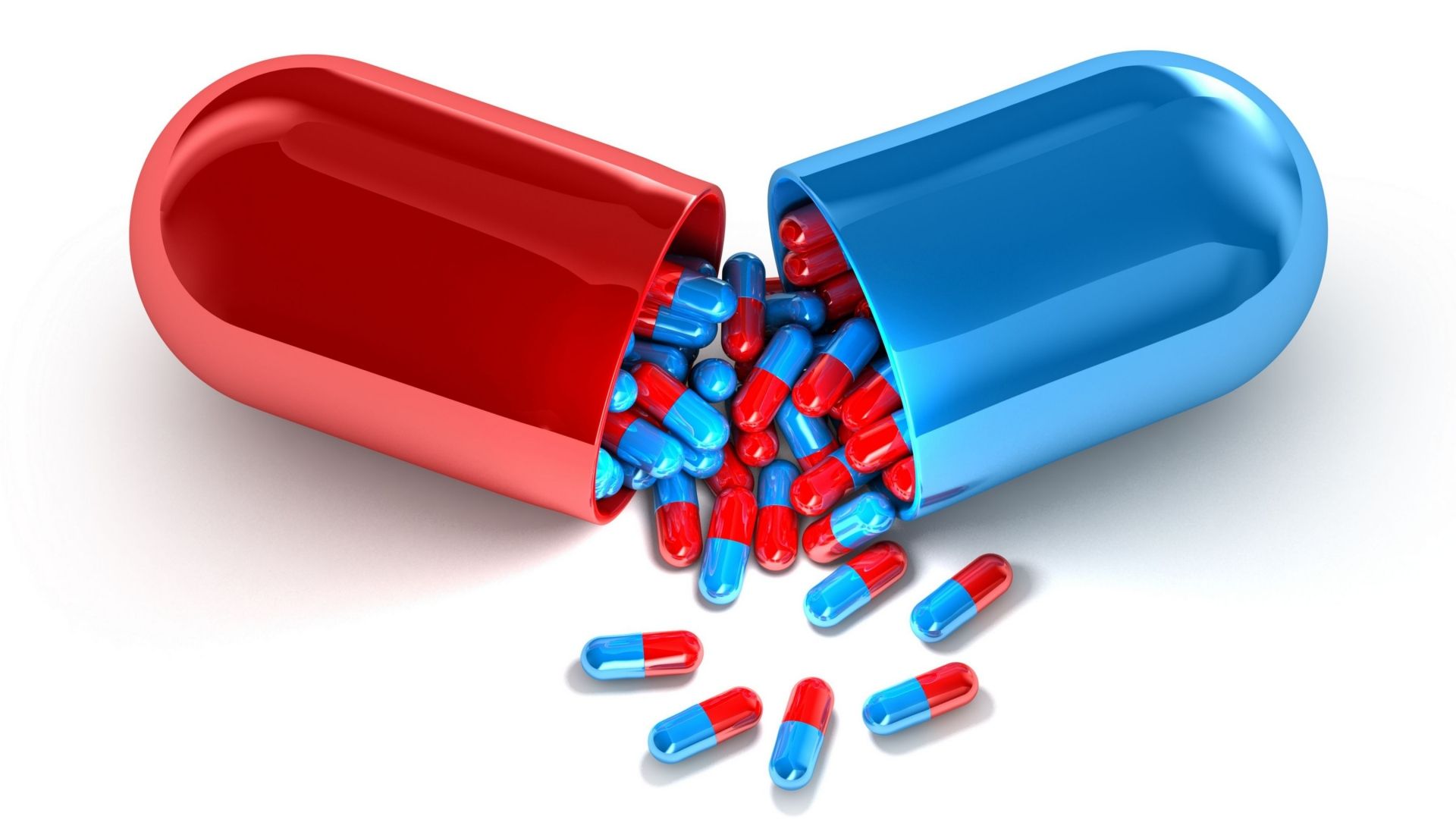 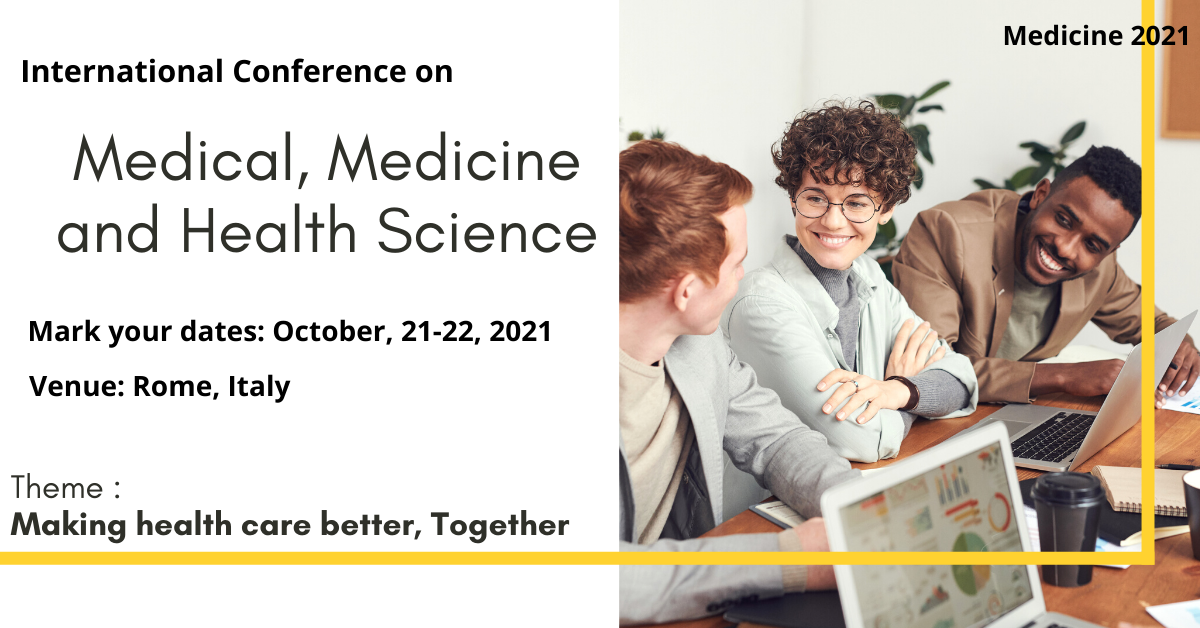 On behalf of the Medicine 2021 Advisory Committee, Coalesce Research Group is privileged to invite you with great pleasure. We heartily welcoming academic scientists, researchers, research scholars, industrialists, medical companies, students and experts of application fields for the "International Conference on Medical, Medicine and Health Science" to foster the advancement in the field by contributing with your expertise.

Medicine 2021 is going to be held during October 21-22, 2021. The Medicine 2021 conference attracting global participant’s intent on sharing, exchanging and exploring new avenues in Medical, Medicine and Health Science with the theme “Making health care better, Together”.

About the Conference topics:

Medicine is the art, science, and practice of caring for a patient and managing the diagnosis, prognosis, prevention, treatment or palliation of their injury or disease. Medicine encompasses a variety of health care practices evolved to maintain and restore health by the prevention and treatment of illness. Contemporary medicine applies biomedical sciences, biomedical research, genetics, and medical technology to diagnose, treat, and prevent injury and disease, typically through pharmaceuticals or surgery, but also through therapies as diverse as psychotherapy, external splints and traction, medical devices, biologics, and ionizing radiation, amongst others.

Medical covers diagnosis, treatment, and prevention of disease, medical research, and many other aspects of health. Medicine aims to promote and maintain health and wellbeing. Conventional modern medicine is sometimes called allopathic medicine.

Health care is the maintenance or improvement of health via the prevention, diagnosis, treatment, recovery, or cure of disease, illness, injury, and other physical and mental impairments in people. Health care is delivered by health professionals and allied health fields. Medicine, dentistry, pharmacy, midwifery, nursing, optometry, audiology, psychology, occupational therapy, physical therapy, athletic training and other health professions are all part of health care. It includes work done in providing primary care, secondary care, and tertiary care, as well as in public health.

Rome is the capital city and a special comune of Italy, as well as the capital of the Lazio region. The city has been a major human settlement for almost three millennia. With 2,860,009 residents in 1,285 km², it is also the country's most populated comune. It is the third most populous city in the European Union by population within city limits. It is the centre of the Metropolitan City of Rome, which has a population of 4,355,725 residents, thus making it the most populous metropolitan city in Italy. Its metropolitan area is the third-most populous within Italy. Rome is located in the central-western portion of the Italian Peninsula, within Lazio (Latium), along the shores of the Tiber. Vatican City is an independent country inside the city boundaries of Rome, the only existing example of a country within a city; for this reason Rome has sometimes been defined as the capital of two states.

Rome's history spans 28 centuries. While Roman mythology dates the founding of Rome at around 753 BC, the site has been inhabited for much longer, making it one of the oldest continuously occupied cities in Europe. The city's early population originated from a mix of Latins, Etruscans, and Sabines. Eventually, the city successively became the capital of the Roman Kingdom, the Roman Republic and the Roman Empire, and is regarded by many as the first ever Imperial city and metropolis. It was first called The Eternal City by the Roman poet Tibullus in the 1st century BC, and the expression was also taken up by Ovid, Virgil, and Livy. Rome is also called "Caput Mundi" (Capital of the World). After the fall of the Empire in the west, which marked the beginning of the Middle Ages, Rome slowly fell under the political control of the Papacy, and in the 8th century it became the capital of the Papal States, which lasted until 1870. Beginning with the Renaissance, almost all popes since Nicholas V (1447–1455) pursued a coherent architectural and urban programme over four hundred years, aimed at making the city the artistic and cultural centre of the world. In this way, Rome became first one of the major centres of the Renaissance, and then the birthplace of both the Baroque style and Neoclassicism. Famous artists, painters, sculptors and architects made Rome the centre of their activity, creating masterpieces throughout the city. In 1871, Rome became the capital of the Kingdom of Italy, which in 1946, became the Italian Republic. 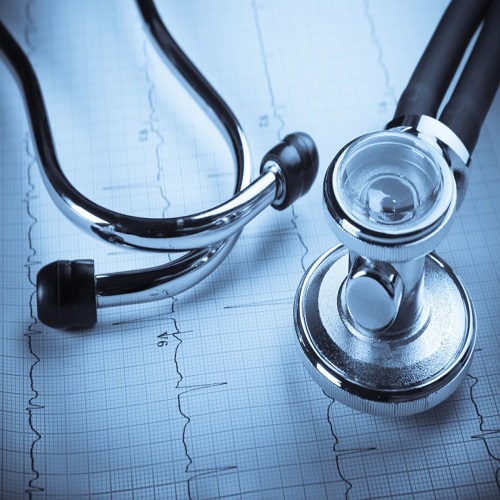 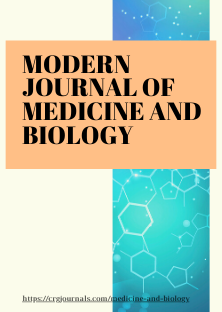